‘Public Speaking Championship’ was held on 13.10.18.Many students actively participated in the event.The winners were honored with trophies.

In the aboves sentences,we can see many prepositions have been used like- on, in, with.
Although these prepositions look simple yet confusing.Moreover,prepositions are one of the hardest things to learn in English. Even advanced English learners find prepositions difficult! One preposition in your own language might have a different translation in English depending on the context. In the following article, prepositions of different types are explained.

Prepositions, as a class of words, can be divided in five categories. 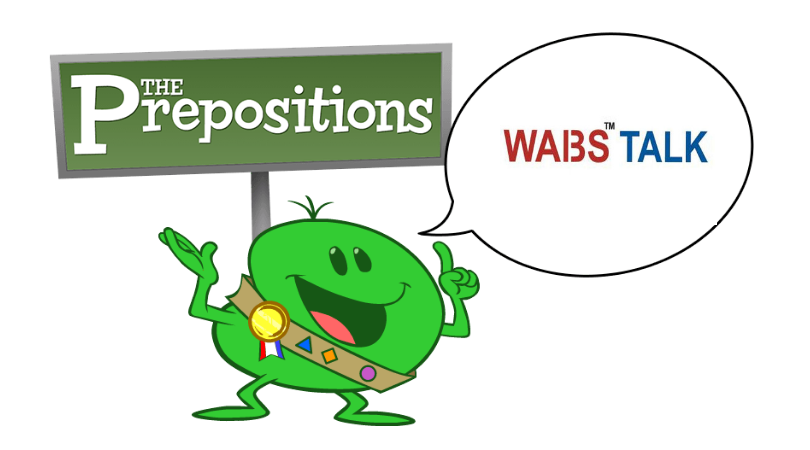 Prepositions of time show the relationship of time between the nouns to the other parts of a sentence.

On, at, in, from, to, for, since, ago, before, till/until, by, etc. are the most common preposition of time.

Example: The sessions start from 8:00 am at Wabs Talk.
Example: He started working at 10 AM.
Example:The company called meeting on 25 October.

Prepositions of Place and Direction:

Prepositions of place show the relationship of place between the nouns to the other parts of a sentence.

On, at, in, by, from, to, towards, up, down, across, between, among, through, in front of, behind, above, over, under, below, etc. are the most common prepositions of place/direction.

Example: He came from Afganistan to join Personality Development Classes in Delhi.
Example: He is at home.
Example: ‘Wabs Talk’ is felicitated with ‘Best Spoken English Institute Award’.

Prepositions of Agents or Things:

Prepositions of agents or things indicate a casual relationship between nouns and other parts of the sentence.

Of, for, by, with, about, etc. are the most used and common prepositions of agents or things.

Example:This session is about resume writing
Example: Most of the students joined for improving their soft skills.
Example: I will always be here for you.

Along with, apart from, because of, by means of, according to, in front of, contrary to, in spite of, on account of, in reference to, in addition to, in regard to, instead of, on top of, out of, with regard to, etc. are the most common phrasal prepositions.

Example: In the next event, participants will have to deliver speeches in front of 100 to 200 people
Example: According to the new rules, nobody is allowed to utter even a single word in hindi during the session.
Example: In addition to Public Speaking Sessions, Weekend Workshops are also provided to students.