Some Phrases that are Derived from Food and Eating : 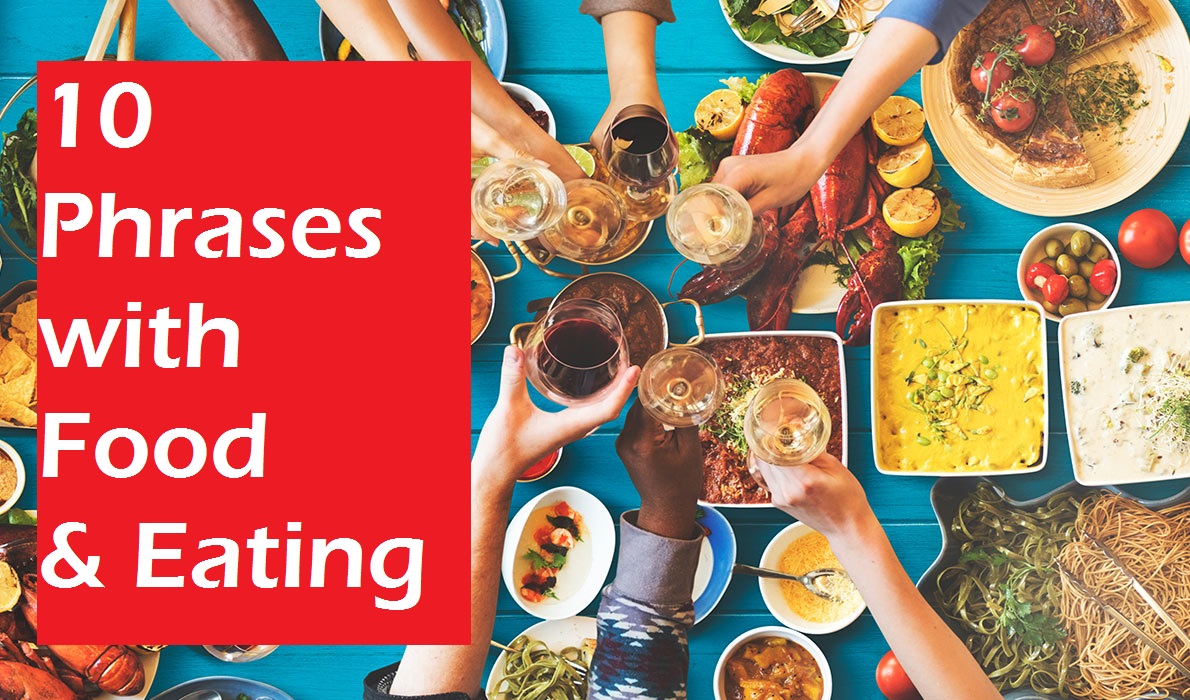 To have a sweet tooth-
to desire sweet foods, especially sweets and chocolates.
Example: Shreya has a sweet tooth, she always wants some sweets after dinner.

Cheap as chips-
when something is as easy as chips, it is very cheap.
ExampIe: I didn’t pay much for the shirt.It is as cheap as chips.

A bad egg-
A person who is bad, dishonest or unreliable.
Example: I will not share my secrets with him, he is such a bad egg.

A bitter pill (to swallow)-
something that is very unpleasant but must be accepted.
Example: The sudden demise of his father was a bitter pill to swallow.

A good egg-
a person who is good, honest and reliable.
Example: Everybody likes him, he is a good egg.

To eat something up-
to believe something.
Example: He is a dishonest politician but people seem to eat up everything he says.

To have egg on one’s face-
to be embarrassed or appear stupid because of something you have done.
Example: She had egg on her face when she was told that her parents would be called.